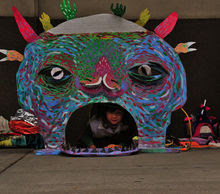 Negative Space's cafe & gallery will be open, and refreshments and snacks will be available for purchase.  Also, following the show, puppeteers will have their art for sale. 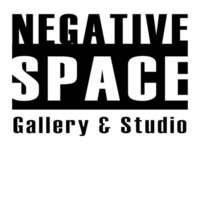 Negative Space is a gallery and artist’s studio designed to show that art has the power to influence change and improve the well being and livelihood of many people. This gallery showcases art that raises awareness, provoke, and especially brings hope regarding many topics which tremendously influence our well being.
http://www.thinknegativespace.com/  Facebook: Negative Space
Twitter: https://twitter.com/Ng_gallery 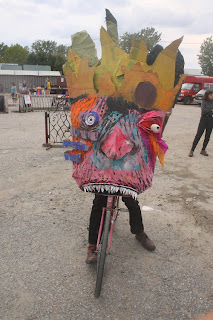 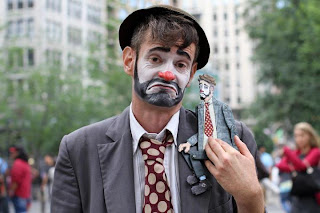 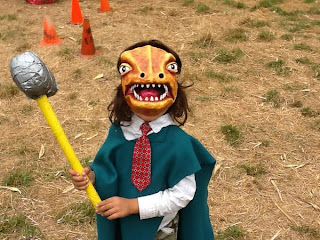 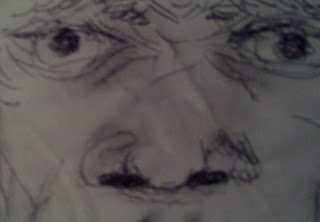 Special Double-Bill Showing of "Dream Dialogue Poem", a puppet show performed by Possibilitarian Puppet Theater with guest musicians from Columbus, OH, Bad Heart Bull playing folk & indie music- all live.  Performances will take place in the cozy basement of Mac's Backs on Coventry, starting at 7pm.  Get there early to get a good seat.  Donations are greatly appreciated. 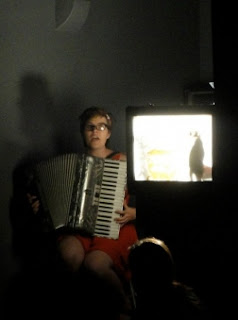 For Directions to Mac's Backs Bookstore, goto:
macsbacks.com
Posted by Possibilitarian Garden at 1:11 PM No comments:

NEWS FLASH! NEWS FLASH!
Our friends, Poncili, an experimental puppet troupe from Puerto Rico & Jawbone Theater, a father & son act from Brooklyn, NY, are coming to Cleveland to perform for us on NOVEMBER 24th & 25th Weekend. They will be offering workshops, as well. STAY POSTED FOR MORE DETAILS! AND SAVE THE DATE!

Check out more on Poncili Co at http://Poncilidad.tumblr.com/
and Adam Ende of Jawbone Theater at adamende.com

It's going to be great- don't miss it!
Posted by Possibilitarian Garden at 5:58 AM No comments:


Ohio City Theatre Project presents a night of three new theater works that will bring to life a formerly empty storefront on Lorain Avenue.  The night will include a staged reading of A Delusion of Sunflowers by Josh Kent, Free Radical and The Late Night Sketchbook by Pandora Roberston and finally a puppet variety show titled Dialogue Dream Poem performed by Possibilitarian Puppet Theater.  The event will be happening both Friday & Saturday evening in the cool (dress warmly) and cozy storefront which will fill up quickly, so come early to get a seat.  Show starts at 7pm and there is a suggested donation of $10.  After Friday night's show there will be a "Talk-Back" to follow where artists and audience can ask each other questions.  Also, hand-printed prints will be available for purchase after the show.

The Living Storefront is located in Ohio City on 3204 Lorain Ave (North side of Lorain), Cleveland, OH by the intersection of Lorain and 32nd St, across the street from Ohio City Pizzeria.  Parking around back of storefront with access on 32nd St.